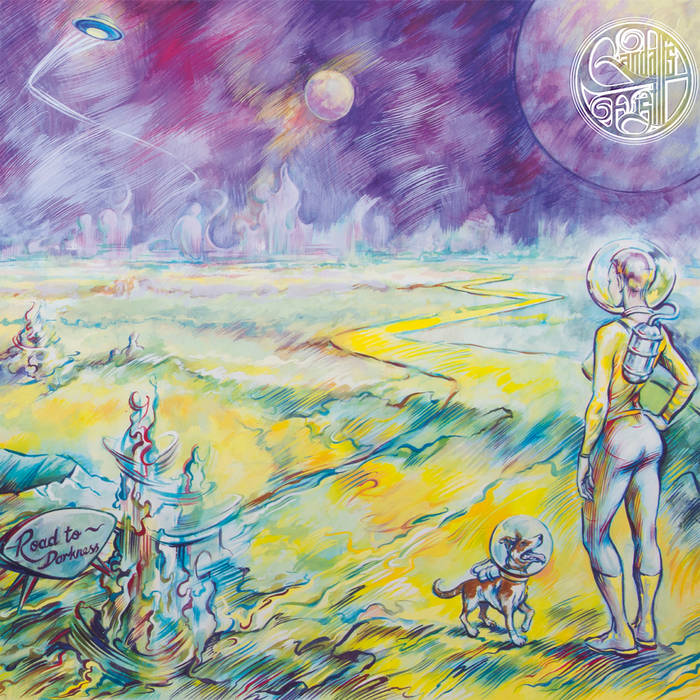 Ten years ago we released, what we consider to be, the first real Gandalf's Fist album: Road to Darkness.

The album was recorded over the course of a weekend by Dean and Luke and propelled us into micro-stardom! Even though the album has had several, short-run releases over the years, it has never benefited from a high quality packaging or glass-pressed master... until now!

But that's not all! We're taking this 7-year anniversary as the prime opportunity to release: Road to Darkness: Special Edition!

If you have already sampled our previous Universal Wanderer: Special Edition, you will know this will be no simple remaster or repackaging, but an entirely new listening experience!

Using the original multi-track sessions and compositions, the release retains the essence and spirit of the original album but brings the sonic palette up to dare with our intention being it can sit seamlessly alongside our more recent releases. We really think it sounds great!

Road to Darkness is a sinister space-rock re-imagining of The Wonderful Wizard of Oz by Lyman Frank Baum, chronicling the tale of a young girl transported to the alien world of Io by an evil sorcerer.

Inspired by Gandalf's Fist's love of science fiction and fantasy and influenced by 70's era progressive rock, the sound could be roughly categorized as Arthur C Clarke taking guitar lessons from David Gilmour before jumping into a Delorean to kidnap L Frank Baum.

It's a mix of Classic-Rock style songs, instrumental sections, hard rock riffs, blues solos, narrative passages and harmonious choruses. With the odd smattering of shanty/folk thrown in for good measure!


Dramatis Personæ
Lucy Venti:
A Girl from the land of Terra.
Awaken from her slumber, she finds herself lost
in a strange new world.

Anderson of Io:
The last remaining Wizard from the Emerald Towers of Prometheus.

The Sorceress Kelaino:
An Orphan of the Ice Tides of Europa.
Her three Familiars:
The Fool
The Bastard
The Coward

Captain Samuel Wrangler:
A Pirate from a land far beyond the Jovian Worlds.

Trinculo:
A Psychopomp in a Trickster's Garb.