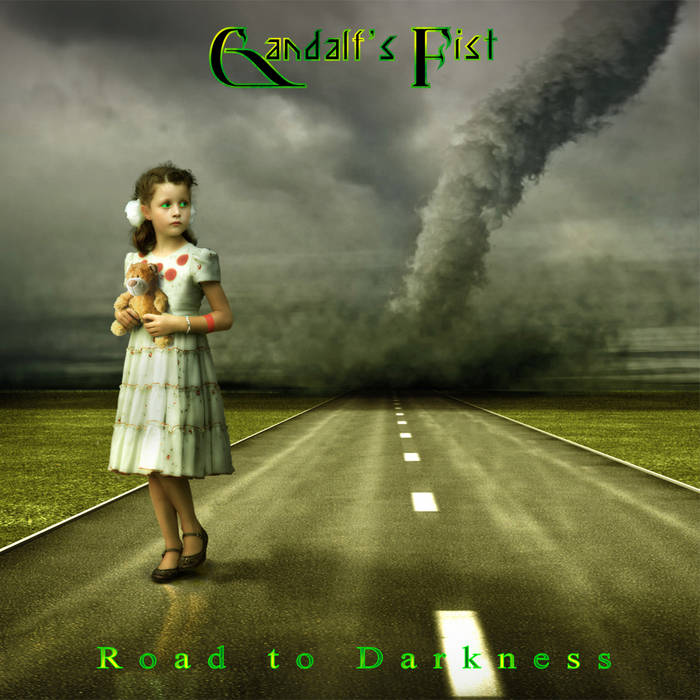 Road to Darkness is a sinister space-rock re-imagining of The Wonderful Wizard of Oz by Lyman Frank Baum, chronicling the tale of a young girl transported to the alien world of Io by an evil sorcerer.

Inspired by Gandalf's Fist's love of science fiction and fantasy and influenced by 70's era progressive rock, the sound could be roughly categorized as Arthur C Clarke taking guitar lessons from David Gilmour before jumping into a Delorean to kidnap L Frank Baum.

It's a mix of Classic-Rock style songs, instrumental sections, hard rock riffs, blues solos, narrative passages and harmonious choruses. With the odd smattering of shanty/folk thrown in for good measure!


Dramatis Personæ
Lucy Venti:
A Girl from the land of Terra.
Awaken from her slumber, she finds herself lost
in a strange new world.

Anderson of Io:
The last remaining Wizard from the Emerald Towers of Prometheus.

The Sorceress Kelaino:
An Orphan of the Ice Tides of Europa.
Her three Familiars:
The Fool
The Bastard
The Coward

Captain Samuel Wrangler:
A Pirate from a land far beyond the Jovian Worlds.

Trinculo:
A Psychopomp in a Trickster's Garb.